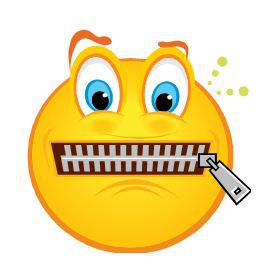 I should have realized things were not going to go according to plan as soon as I missed the exit. It wasn’t totally my fault; it was a six lane highway, why was only one measly lane allocated to get onto the next connecting highway? When Waze said stay the to right, they didn’t say the far right! And for those of us who are not deft last-minute-lane-switchers, that’s really crucial information.

But with a car full of kids, I kept my rant to myself. Kids sure can bring out the best in their mom.

After some quick recalculating, Waze gave me a new route but the same ETA. Phew, we would still make it at the planned time.

We had guests visiting from out of town and the kids were excited to spend time with their friends. We didn’t want to be back late. Thirty minutes to drive to Costco, 30 minutes to get everyone out of the car, assembled in the wagon, race to the fridge where the kosher cheese was stashed, run onto line, pay, get a smiley drawn on the receipt, zoom back to the car, get everyone strapped in and get back on the freeway. And then 30 minutes back home.

We’d arrive the same time as our guests; all would work out well. And there’s nothing I like better than planning a very tight schedule, and seeing it work out. But my 9 year old was losing faith in me after I missed that exit.

I had called. 2 days before. But I knew they wouldn’t sell all those pieces in just two days.

Then the gas went on empty.

“You’re sure we have enough gas to get there?”

“Yes, it’ll take a few minutes, but we’ll still get home in time.”

Right, I had forgotten why I hate going to this particular Costco. They don’t have enough parking spots. Why pray tell, on a typical Thursday mid afternoon, was the parking lot so full? Doesn’t anyone in the city work?!

“You see, you should have called today!”

“We shouldn’t have come today!”

I kept my voice a lot calmer than I was feeling; “They said they had it. I’m sure they do. Let’s find someone who can help us.”

The front desk looked miles away, and pushing this family size wagon left me with no energy to make the trek…so we circled the fridge section, until we spotted a very helpful Adam. Thankfully, Costco employees are competent; whatever Costco does when hiring, they certainly do it right.

Adam promised to go check out the problem. He was back a few minutes later with the news; Yes, 186 bags were in the store. He just had no idea where in the store they were.

Apparently, the fridge section is even bigger than I had imagined. He promised it shouldn’t take more than 10 minutes to locate the missing cheese.

I assured him I was going nowhere; after driving 30 minutes and shlepping this far; we were not about to leave without our cheese.

I got a bag of dried mango, and settled in with my six little helpers at the corner of the fridge section, trying to be as inconspicuous as possible, silently thanking Costco for making wagons that fit three kids comfortably (or four, if you’re desperate).  The only impromptu game I could think of that wouldn’t attract more attention than necessary, worked for all ages and would keep everyone busy was I Spy. The rules were it couldn’t be anything on people.

And we played. Me trying be cheerful, although it was hot and busy, and the kids actually enjoying it.

And then good old Adam came back. Empty handed.

“It’s there. In the fridge. But on the bottom of the palettes. I need a few more minutes.”

“Of course, no problem. Do what you gotta do, as long as we leave here with cheese!”

My kids wanted to know what time it was…and the truth was, I had no idea!

My phone was dead; I had no watch. And for some reason, Costco is one  of those place where time stands still; everyone has all the time in the world to taste little samples and try out new couches.

So I gave a guess and reassured the kids that we’d get home just “a little bit” after our guests, although I knew that wasn’t so accurate.

And then the grumbling started.

“You should have called!”

My thoughts exactly, I thought. But kids bring out the best in their mom, and so I kept my thoughts to myself.

“Just a few more minutes,” I said. And I hoped I was right.

And then there came smiling Adam, who at this point deserved a medal.

And handed me a case of cheese. I took 15 bags, I did not want to make this trip again anytime soon.

We zoomed off to the register; today none of the samplings were Kosher, and I had very little bribing tools left.

“We’re going, we’re going. We won’t be home that much after our guests.”

I handed the guy the card; he held it up, not moving it. I smiled. He stared at me.
“You want me to throw this out?”
I stared at him blankly.What’s his problem?

I looked a little closer. Whoops, it was the Sam’s Club card.

I smiled with the little bit of energy I had left, switched the card for the Costco one, and tried to find some humor. “It’s been a long day…”

I gave out some more dried mango, and sluggishly pushed the wagon in the 101 degree heat to the car.

Everyone got in, reminding me we needed to fill up on gas. And now we see the time.

Nope, didn’t go according to my schedule. We were 40 minutes late. We wouldn’t be there to greet our guests. That’s not the type of hostess I like to be.

And then the kids joined in, only unlike me, they had the luxury of voicing their thoughts.

“You see, we shouldn’t have come today!”

“The guests are there already!”

“You should have called first.”

And we still need to fill up gas! I wanted to chime in.

And my battery is dead.

And I wont be able to use my GPS.

And there’ll probably be traffic.

And it’s all you’re fault, my darling children, because you all went to play with chalk outside when it was time to leave, making us leave an hour late!

But kids bring out the best in their mom.

And I didn’t say any of that.

So we went across the the gas station; first pulling up on the wrong side. I know better than to fight with one of those amazing extending gas pumps; it never works for me. Quick u-turn, back in line, this time on the side where the gas tank is. Swipe my card. It won’t work. I KNOW it should work. This is a valid card. Swipe again. Doesn’t work.

Back in the car. Pull off to the side. Try to call my husband but battery is too dead. Wait a few minutes. Finally call; yes the card should work. Back in line. This time it works. Fill up the tank. Ask the guy directions to the freeway.

Get in the car, and 55 minutes off schedule, we are ready to roll.

And we are all cranky, me included.

Someone needed to be the adult in the situation, and I had a feeling it was going to have to be me.

“Ok, kids. Either we can play the blame game and blame everyone we possibly can for this taking so long. Like I can blame all of you for playing with chalk instead of getting in the car when we were leaving the house….or we can play the Hashgacha Protis game, and try to figure out why everything took so long and why we had to sit around in Costco for an hour.”

Thankfully, they chose the latter. We tried coming up with different reasons; they were pretty creative.

And just for emphasis, I added, “And if we get on the freeway and its backed up with traffic, well there’s a reason for that too.”

And no sooner than saying that, there we were, in freeway traffic.

I groaned, but kept it to myself. My husband called to see what we were up to and to assure us that the guests were just fine, settled in our house.

I wanted to complain and kvetch and give it all I got on how frustrating it had been. Noticing my audience in the rearview mirror, I took a deep breath and kept the conversation brief and cheerful.

Because kids really do bring out the best in their parents.