That’s a pretty typical response I get when I mention that I am blessed to be the mother of 8 boys.

But still, they look at me as if I’m a creature from outer space.

Never mind the big family; raising a houseful of boys is what makes them gape.

Because boys really are from a different planet.

There’s so much I learned on the job. I was never a tomboy or anything remotely close. I dreamed in pink, played with Barbies longer than I’ll admit and never got tired of dressing all my dolls for yet another wedding.

With only one daughter, there’s not much dolls and not much pink. Considering she’s a teenager already, dolls haven’t surfaced in this house for years.

True they say boys need dolls too…but after seeing one decapitated doll too many, I finally stopped buying them. Little People will just have to do; at least you can’t just take off their heads.

Doll houses had a bit of a longer life span, but after one too many caved in after being used as a step stool one time too often, I finally admitted defeat and started to think in boy-language.

With only one girl, there’s also not that much drama. But what’s missing in drama is made up in ACTION. With boys, there is always action. Fast moving, loud, banging, tumbling type of action. It’s like boys live their lives on fast forward; there’s always something to touch, to break or to experiment with.

One of the most sought after items in my kitchen is the broomstick – and not because everyone loves to sweep. It is not uncommon to find the poor head of the broom languishing alone in the corner, missing its handle. I used to have a dustpan with a handle too, I loved the convenience of it and did not miss the kneeling down to scoop everything up! The only problem was that the stick handle kept disappearing … and so I was forced to just go with the one piece small dustpan, and I’m still chasing my broomstick, which doubles as all different types of ammunition.

Believe it or not, I do have a strict no-gun policy. We don’t buy toys that come with guns. The problem is, though, that everything from Clicks to Legos to Lincoln Logs to furniture to empty Amazon boxes all moonlight as guns. Every size color and shape.

And that’s when they turn them into swords.

And that’s also when I realize I just won’t ever get it. I may not ever be able to understand these boys, no matter how hard I try,  but I do understand the reality; everything will be used as a gun. And no, we do not watch violent action movies. It’s another one of those boy things that I can’t figure out.

Hoverboards meandering through the kitchen and a remote control car slipping between my feet as I’m trying to cook, with a drone somewhere overhead; that’s just the normal.

While there’s a “no throwing balls indoor” policy in this house, it’s not uncommon for a ball to land in the sink as I wash the dishes.

Some kids walk into a room, some kids enter a room as if they’re sliding into home plate.

And I’m left wondering – “Why can’t you just walk in the boring way?!”

But I’m learning. Every single day, I am learning. This is just how they work. The more I try to change them, the more frustrated I’ll be.

It’s my responsibility to teach them, to guide them, and to nurture them.

But not to change them.

One of our best investments is the outdoor trampoline. Yes, I know, I’ve read all the statistics and reasons why not to get one. But if I went by statistics on every item I own, we’d own nothing. Sometimes common sense has to override everything else. It’s a must-have for a house of boys. Because as I keep discovering, boys have this thing called ENERGY. And it’s a good thing. But it also comes at a cost – amongst the costs is endless pairs of pants. After experimenting with multiple different brands of pants I finally came to terms with the fact that maybe it’s not the pants but it’s the person who wears them…and some boys just tear the knees of their pants by the dozens.

They move. They fight. They roughhouse.

No one teaches them how to. They just do.

They climb, they explore.

Life is one big amusement park, and they treat is as such.

If it can be climbed, climb it. That might be the handles of the drawers, the counters or the tree outside; there’s no difference.

I look at their bright eyes and try to see the world through their eyes for a moment, to see the opportunities galore.

When I see a staircase – regardless of size, all I see is a set of stairs. All boys see is a banister. And the possibilities are endless.

There’s no greater competition than who can jump down more steps at a time; an activity that is not for the faint of heart to watch and an activity I’m getting better at limiting my commentary on while it’s happening. I’m learning how to silently watch from a distance with the corner of my eye and only intervene when it really is getting dangerous. This is a big accomplishment, especially from the girl who has never even taken the steps two at a time.

I try to see it from their eyes; some times I succeed and sometimes I’m left muttering “Why? Why do you think this is ok?! What are they thinking?!”

I still say the typical mother things; we have a trampoline for a reason; no jumping on the couches. Beds are for sleeping, not for jumping.

All the regular boring mother things. The things that go in one ear and out the other.

And amidst the frustration and struggle to understand them and appreciate their endless energy, I count my blessings every day that this fabulous group of fun-loving mommy-hugging boys love to read. Because when the books come out, there’s this thing called SILENCE. It just pops out from nowhere and suddenly everyone is sprawled somewhere else and blissfully reading. And I blissfully do this thing called breathing.

Then there’s the mud, dirt and sand. There can be acres or beautiful play equipment and grass, but they’ll find that one square inch of mud and play there for hours. And if it’s sand, I know that half the sandbox will be coming home with us in their pockets and shoes. When they do decide to switch to the play structure, they will climb it and hang from it in every possible way, other than what it’s intended for. Climb the perimeter of it…swing from underneath it … go up the slide … I’ll just have to believe them that it’s just so much more fun that way.

There are moments when you just have to laugh to yourself and marvel at their appreciation for small things. Like when I’m putting some clothes in the washing machine (an often occurrence) and the pile weighs like a ton of rocks… and sure enough, in one of the little boy pants pockets there lies … a ton of rocks. Hand selected from the play yard at school, because apparently the rocks in our back yard just aren’t the same.

But most of all they’ve taught me that motherhood is not about changing your kids to suit your needs.

It’s about changing yourself to be the mother that your kids need.

And there’s a reason that no one ever said it was easy.

I got my baby in the front seat with the strap secured and my three year old in the back of the cart. Mine is not the type who will walk around the store holding onto the cart. To him, life is an exciting party. And walking around in Walmart would be a dream come true – and make that running, not walking. It wouldn’t work. But that part was fine, they were both safely seated. END_OF_DOCUMENT_TOKEN_TO_BE_REPLACED

With a newborn in one hand and most of my kids home, I’m keeping my summer bucket list pretty simple.

By “my cabinet” I mean my personal arsenal where I keep all the most valuable items in the house and all my weapons, including those that can easily turn into weapons of mass destruction.

END_OF_DOCUMENT_TOKEN_TO_BE_REPLACED 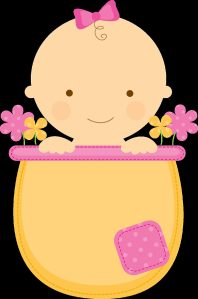 I just need to peel 10 potatoes. Throw the chicken in the oven. Quickly cut up some cucumbers. I should have it all done in time for it to be ready when the kids finish their computer time. Mommy Camp is running nice and smooth at this very moment and I’m feeling pretty pleased about it.

And then my baby wakes up. My very tiny little baby. I have to remind myself that he’s really still a newborn, since running full blown Mommy Camp can make me forget that. And he wants to eat. Like now. Well, Mommy Camp is about to lose its efficiency.

END_OF_DOCUMENT_TOKEN_TO_BE_REPLACED 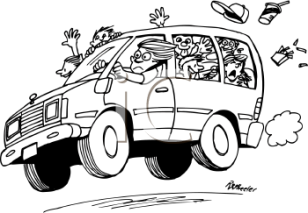 “Just do me one favor- whoever picks me up at the airport,  make sure they don’t have one of those Mommy cars with half eaten peanut butter and jelly sandwiches stuck to the seats.”

For a moment I wasn’t sure if the person on the phone was serious or kidding.

Was this person insulting the vans of mommies around the country?

I had hired this person to come out to do an event and that included transportation from the airport.